In 2014, the fifteenth anniversary of the Nato bombing of Yugoslavia made me want to revisit my memories of the event which I had experienced as a twelve year old child in Belgrade. In 1999, throughout the period of about three months, the city as well as other towns and locations in the country were extensively bombed. I tried to reckon with my memories or any emotions related to the bombing, which I found were quite numbed in relation to the objective horror of the event itself. I went on to search for any visual footage of the bombing which would be available online, to see what kind of reactions these would illicit.

What I found were videos of the targeted locations, seen from cameras mounted on the missiles themselves: still aerial view – firing – racing through space – darkness. The almost casual aspect of the filmed footage evoked feelings of terror, which were actually felt for the first time. In this work, I present the “pure” visual documentation of this event, without any comment or exaggeration. The videos are presented in a loop as found on the internet. The photographs represent stills of the videos, where I had “censored” with a black marker all the redundant information featured on the found footage (numbers, coordinates) that did not relate to the direct event of the dropped bomb. The core of the work is a documentation of this self-reckoning with the experience of trauma, and its temporal “delay”, by the means of the gaze of the perpetrator.

The work represents part of the outcome of the Artist in Residence Programme “Orpheus” at Bildetage Gallery in Vienna (2014) curated by Karolina Radenkovic, and was reworked on in 2018.

Sound on the video: “Sniper” by Pieter Gabriel *aka SLEEP SLEEP 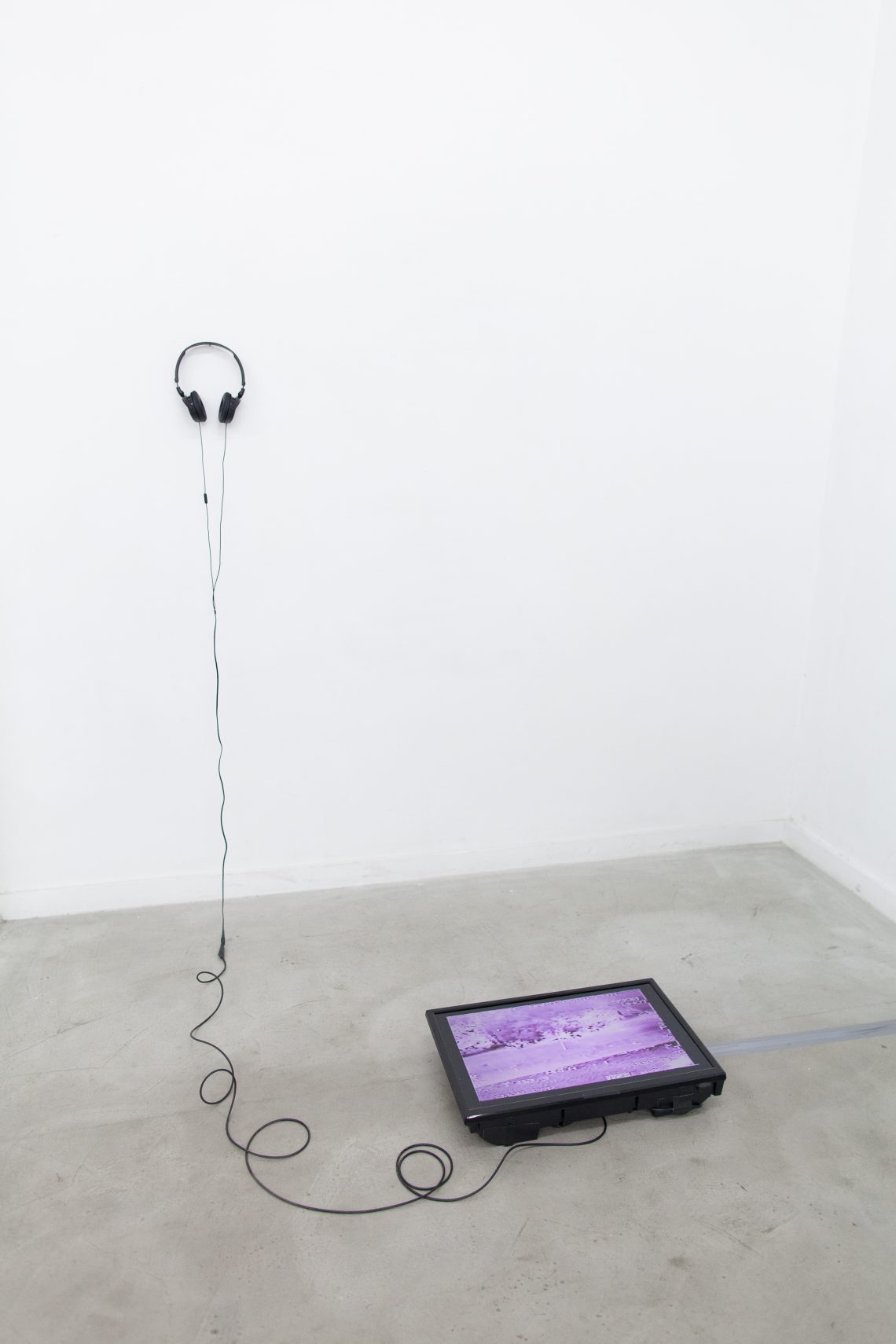 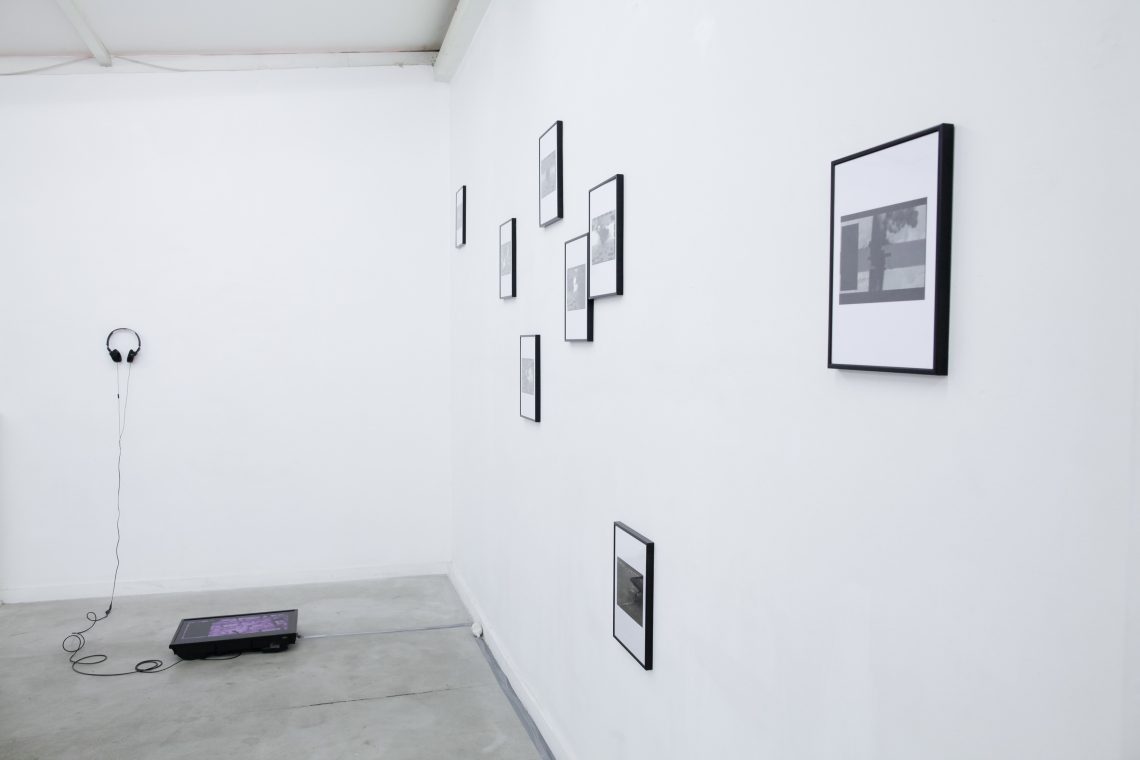 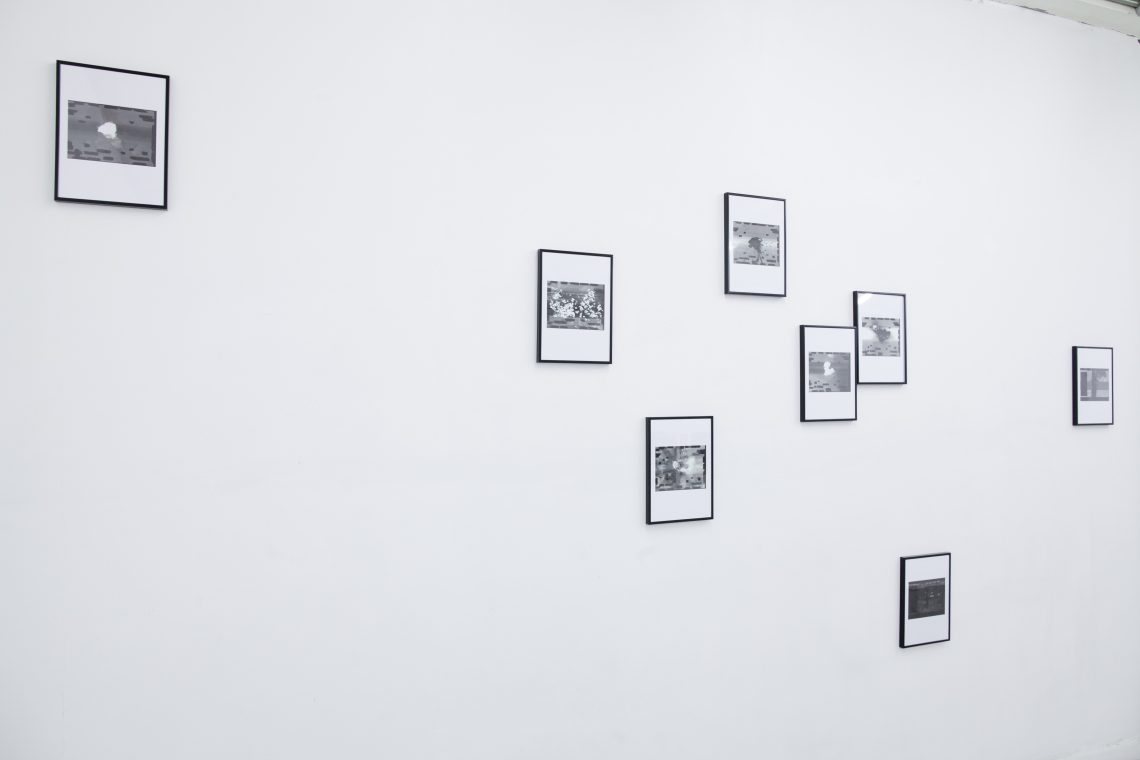 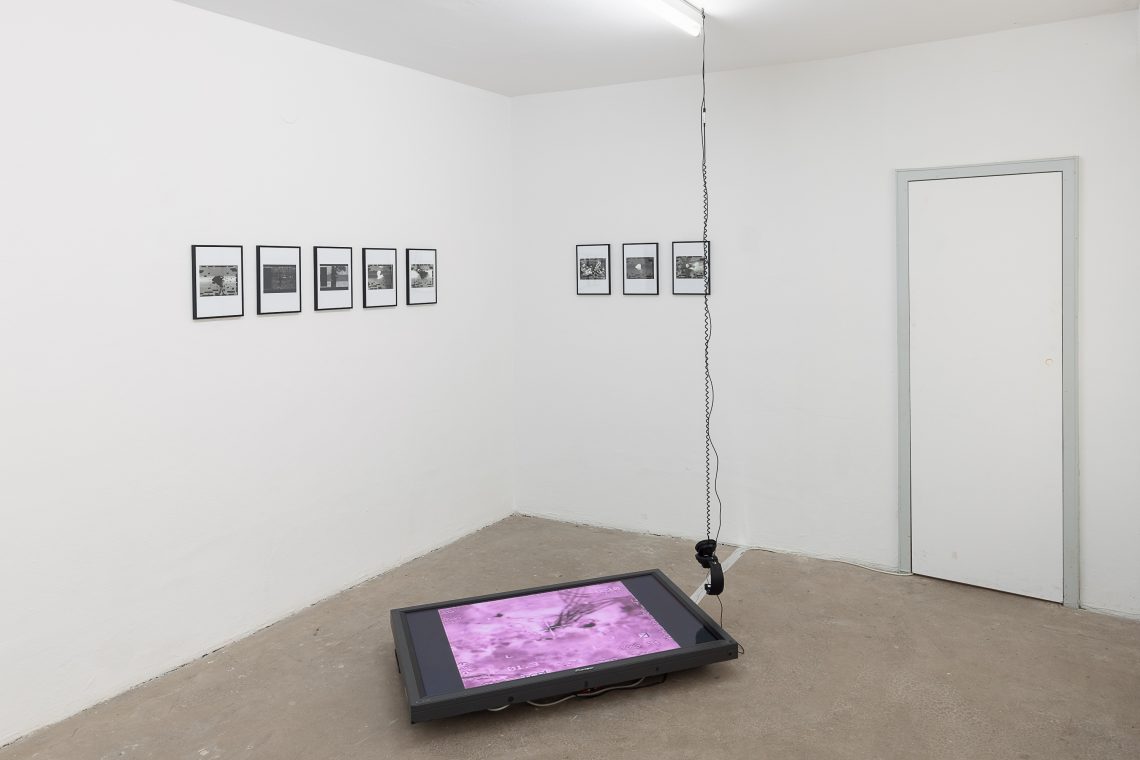 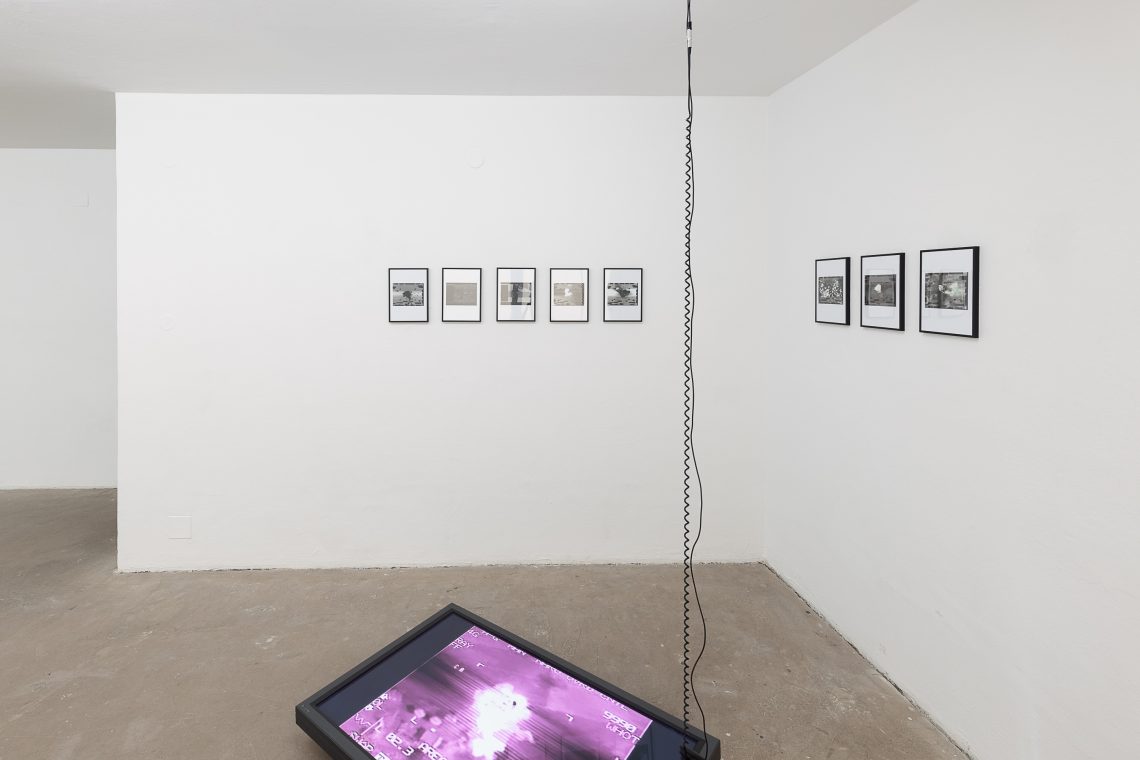 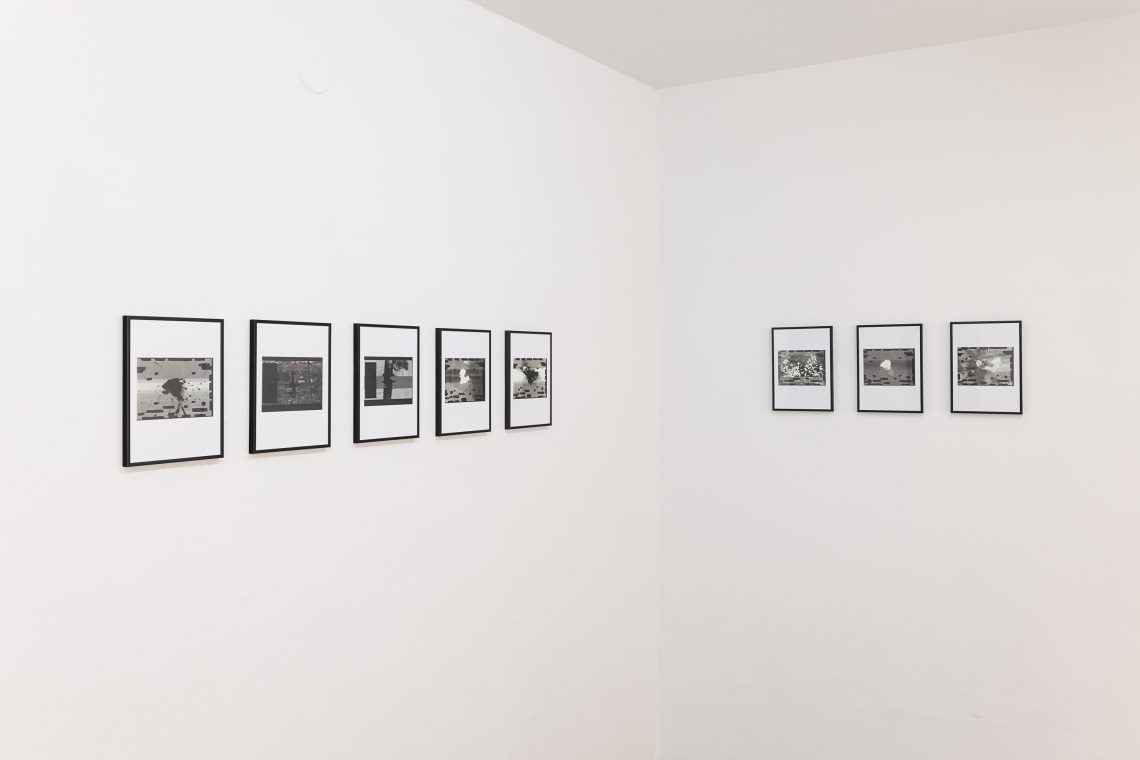 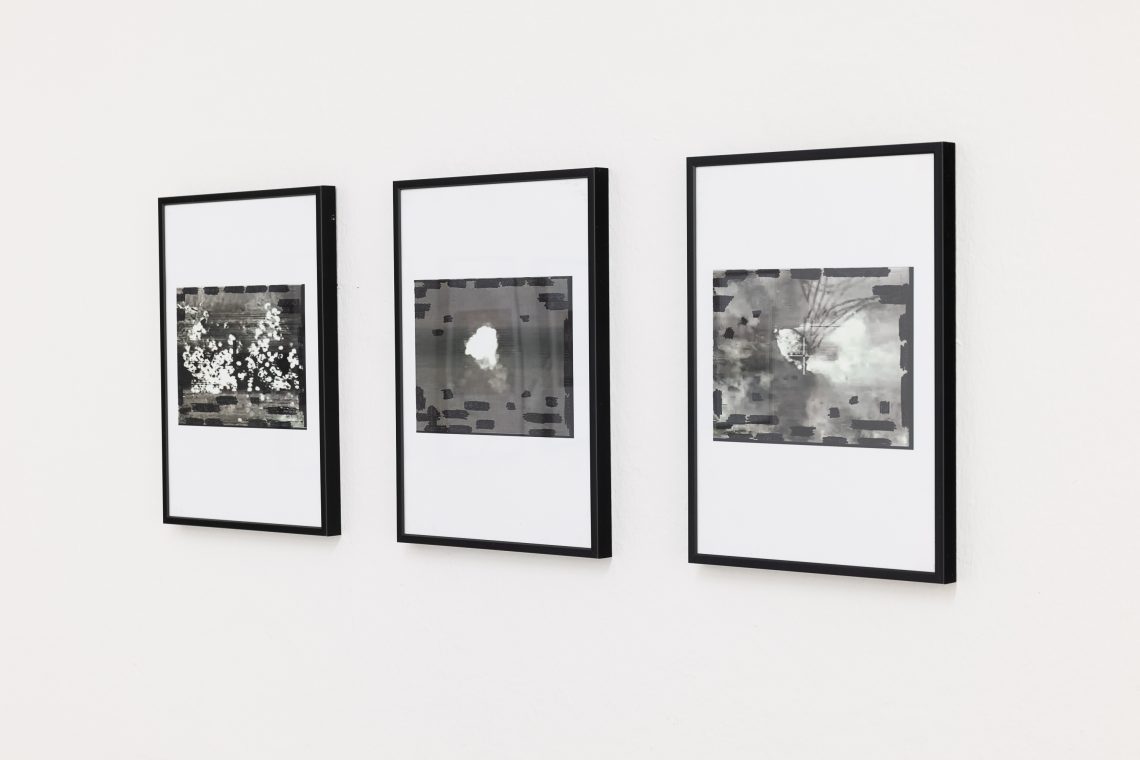